S. Martinelli & Co. had a big year in 2019. It was their 150th anniversary of being in business! Many know the brand for their sparkling cider, especially for special events and holiday toasts (especially for the kiddos). They’ve spent the last 150 years perfecting the art of sparkling cider, pure apple juice, and even hard cider. To celebrate and commemorate, they imagined a book documenting their history.

Martinelli’s interviewed several book designers across the nation, ultimately choosing our studio to create a book documenting their family, their history in America, and their product. It was an honor to work with an influential local business in Watsonville, California, especially such a well-known brand. Working closely with John Martinelli (owner) and Lyndsay Huysentruyt (archivist), we found the editor (Doresa Banning) for the project, as well as the printer (Hemlock Printers)—an absolute dream team for a project of this scope. Studio Holladay photographed nearly every image in the book (some were provided) including images of labels, bottles, and historic photos and objects. Having full access to their history-packed archive room was a designer’s fantasy.

We piloted several themes for the book design, and the team quickly landed on the direction you see here. Each spread in this 220-page book holds a unique personality, but a common thread is maintained throughout—just like Martinelli’s beloved products. It’s hard to imagine a project topping the energy and love that we put into this one, and we feel a huge amount of gratitude for working with this incredible team.

We are very proud of the multiple awards the book design and cover design have won over the last 4 months. Here is the list to this point: 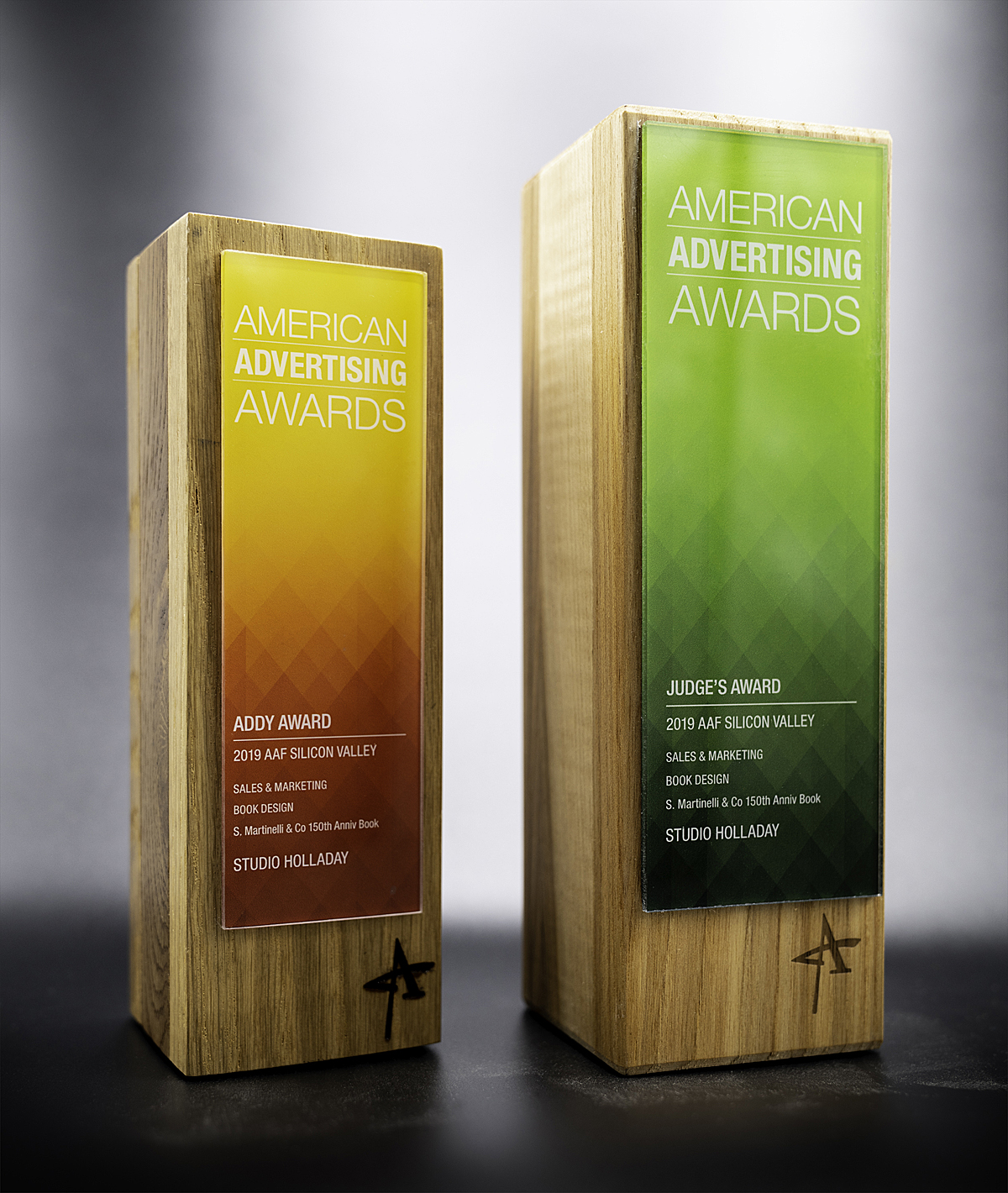 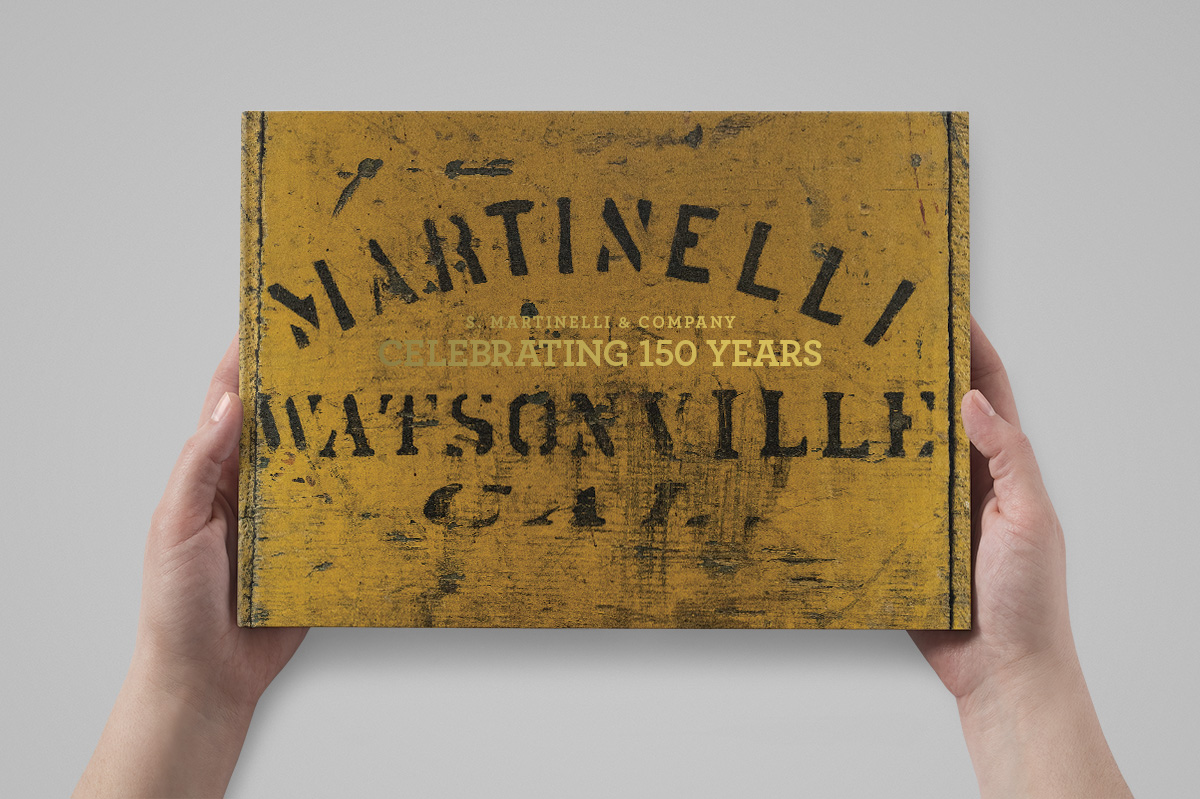 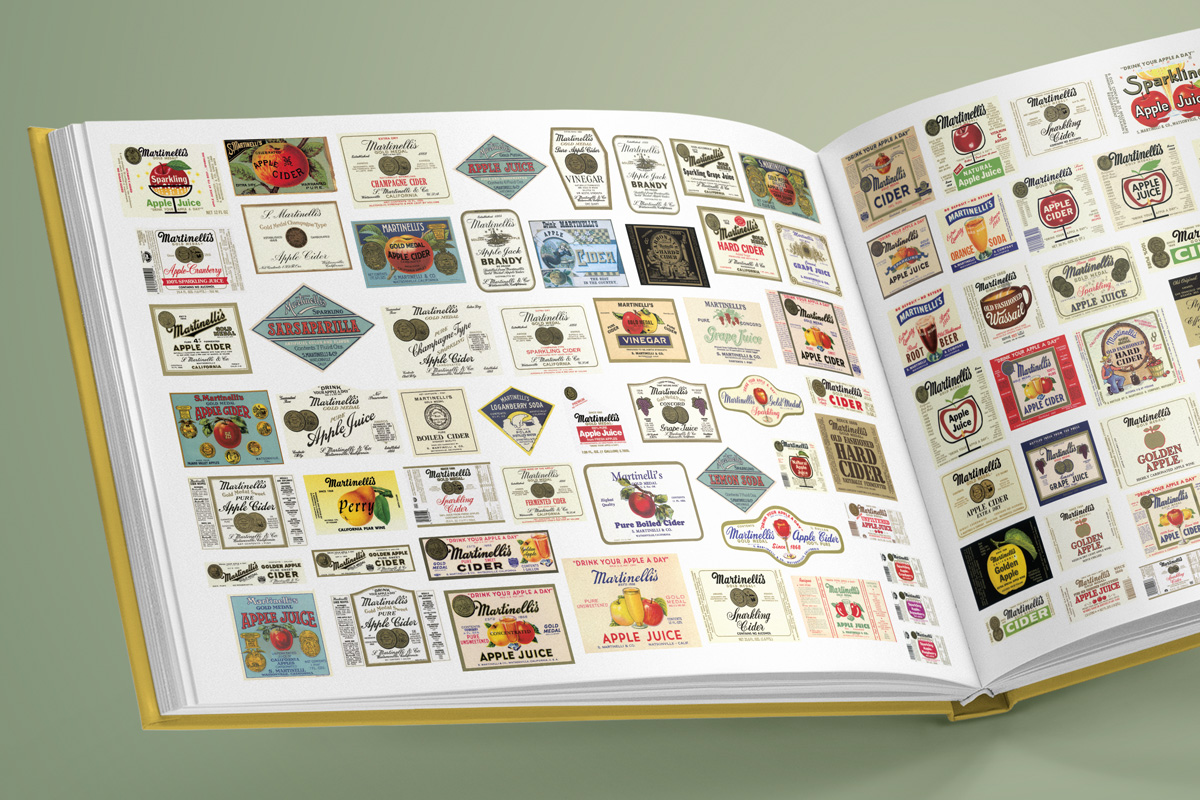 ABOVE – These are just some of the many labels that Martinelli’s have used over the years. Most everyone was hand-illustrated and reproduced, by a past owner of the company. We feel the designs stand the test of time to today. Not only do they understand the important of a great product, but the importance of great design. 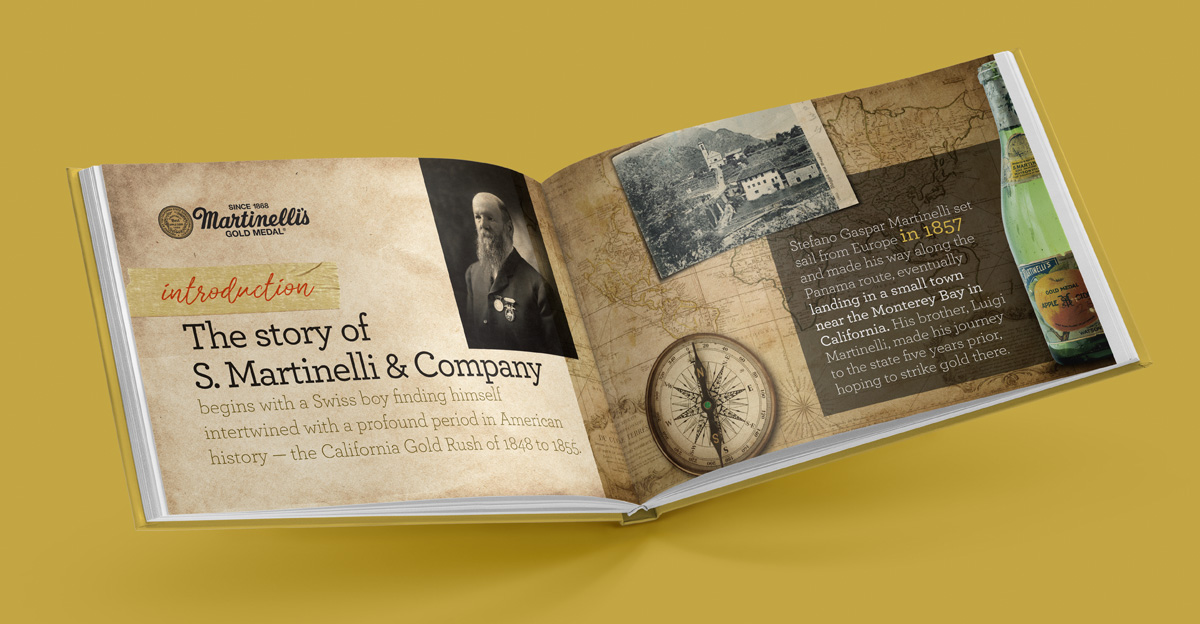 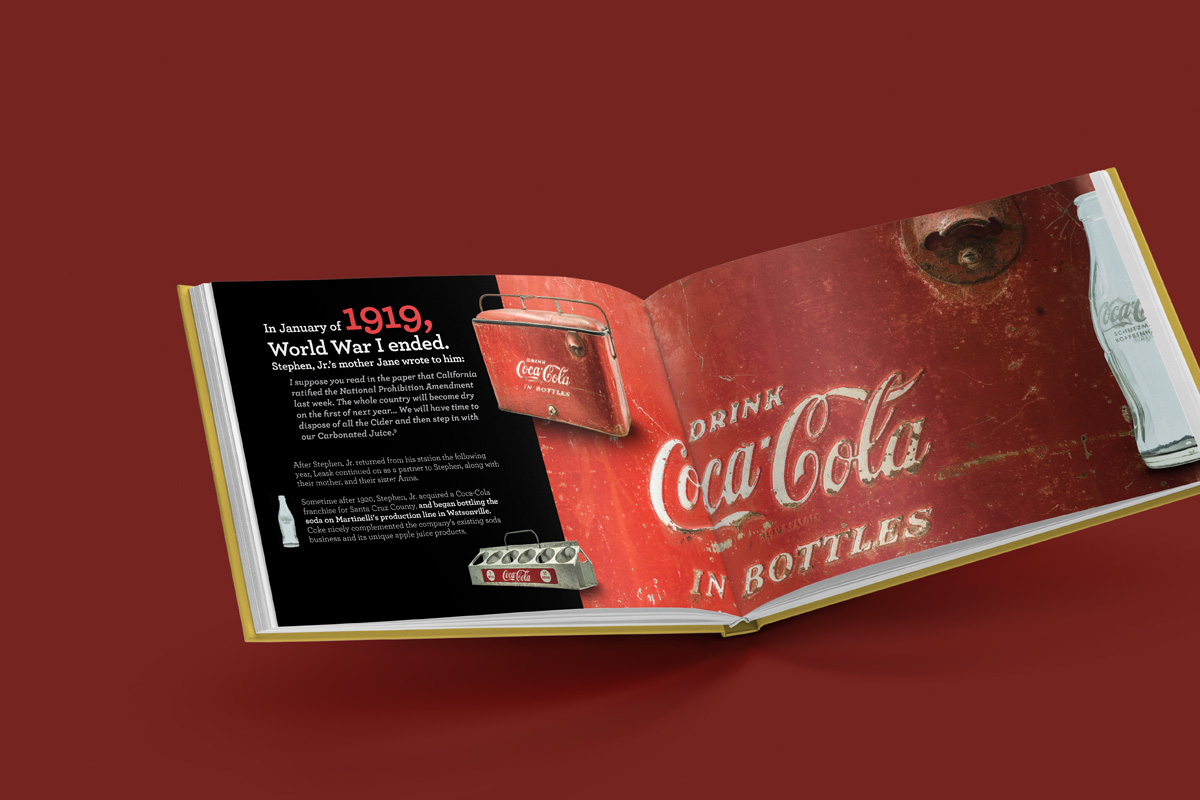 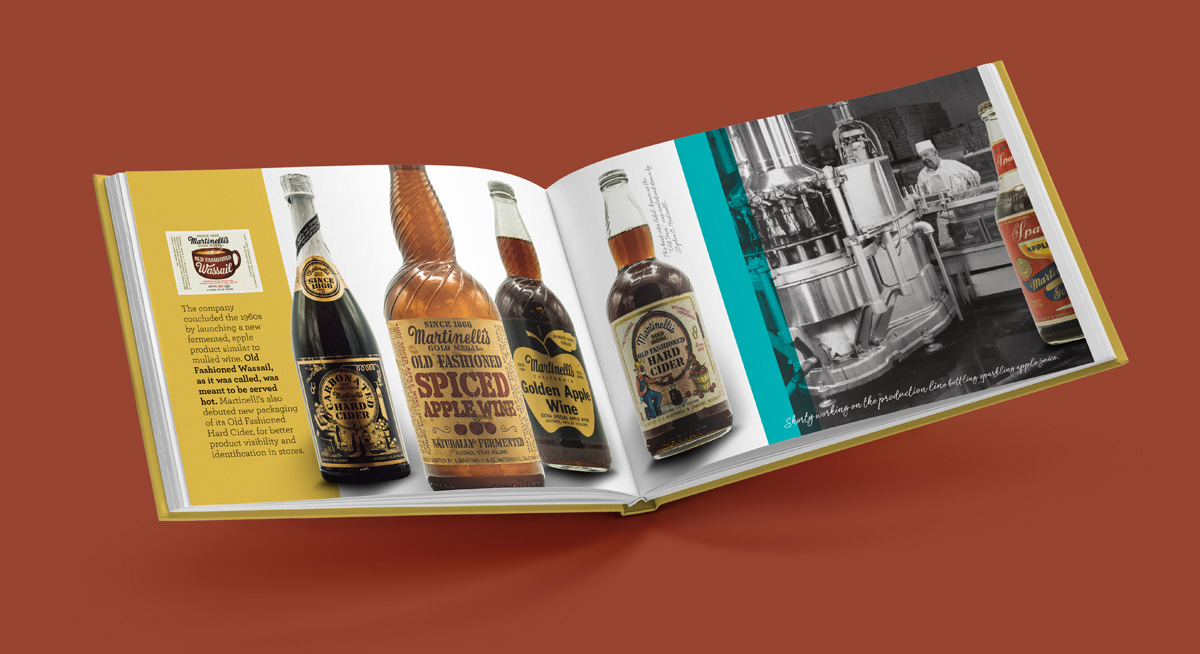 ABOVE — During the year of their 150th anniversary (2019,) they reintroduced the Hard Cider they started their business from. I’m glad to see they are going with the same label they used way back then. 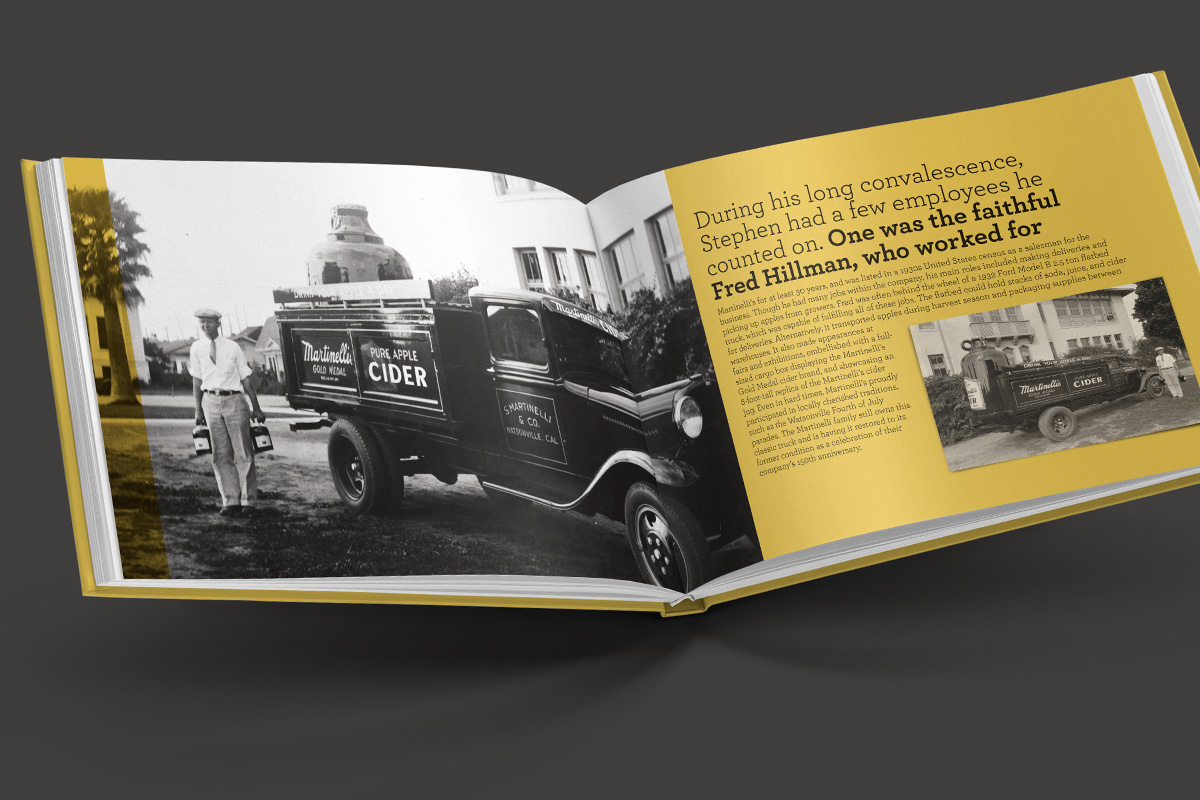 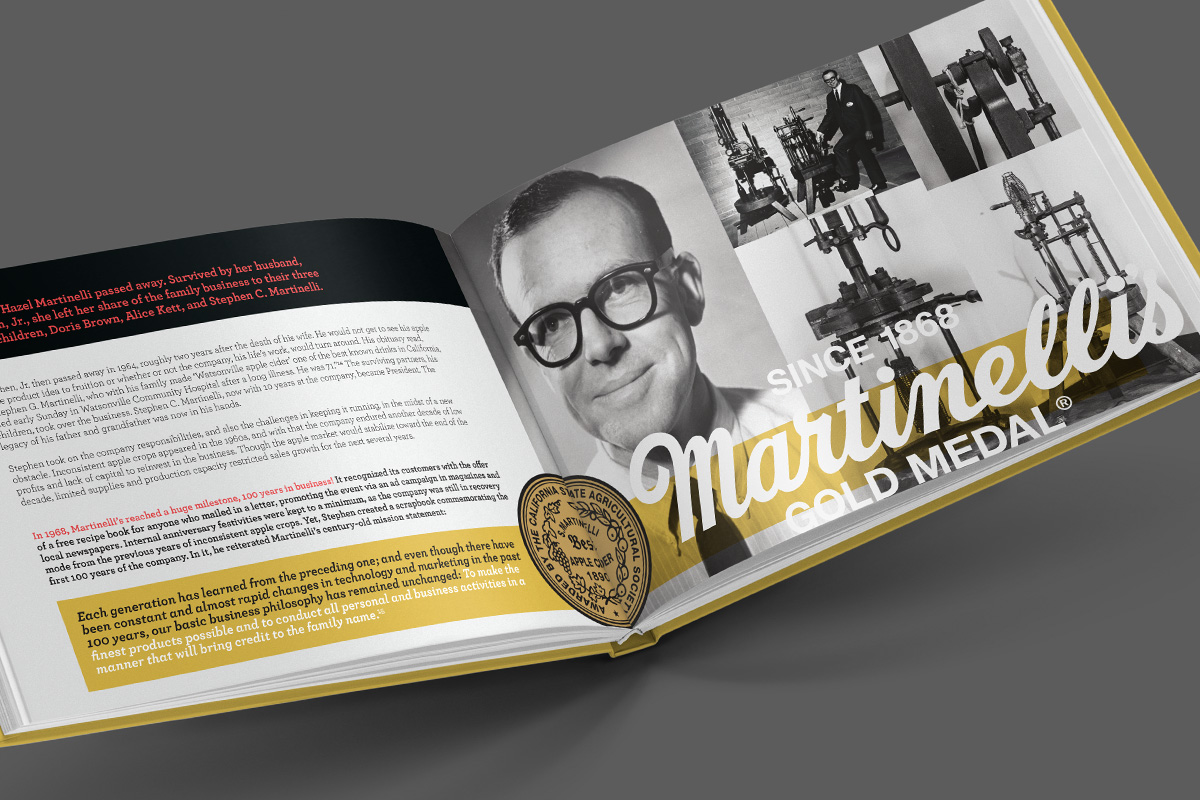 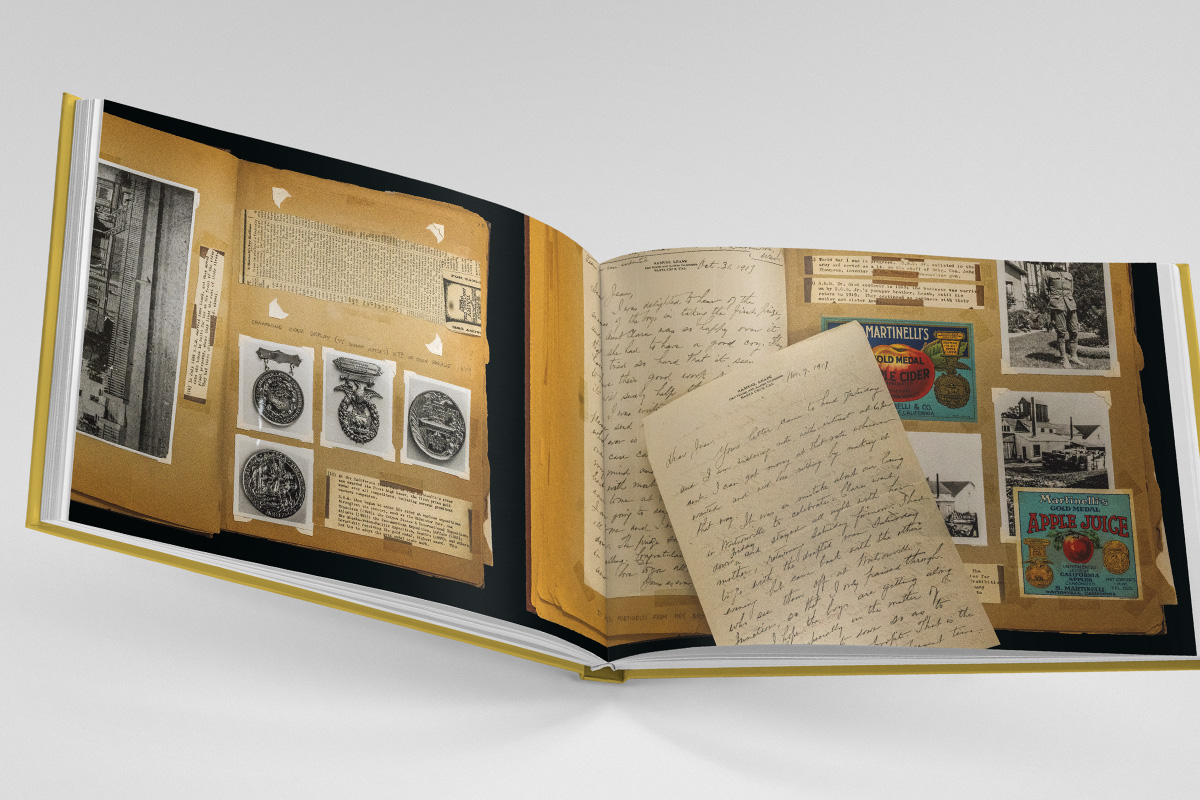 ABOVE AND BELOW — When Martinelli’s turned 100 they created a handmade scrapbook to document their history. It is an amazing archive of their first 100 years in business… full of photos, notes, letters from customers, labels, news articles, advertisements and family info. Photographing sections of this massive archive was one of the best parts of the project. 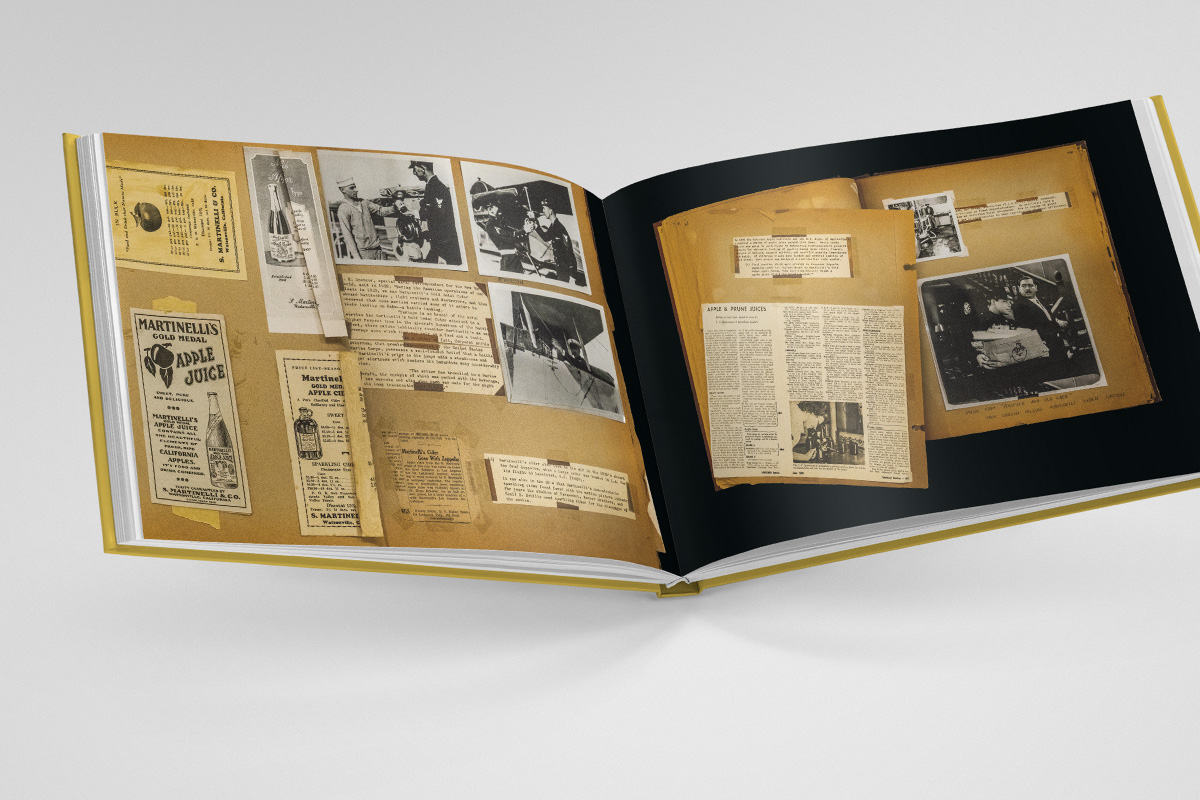 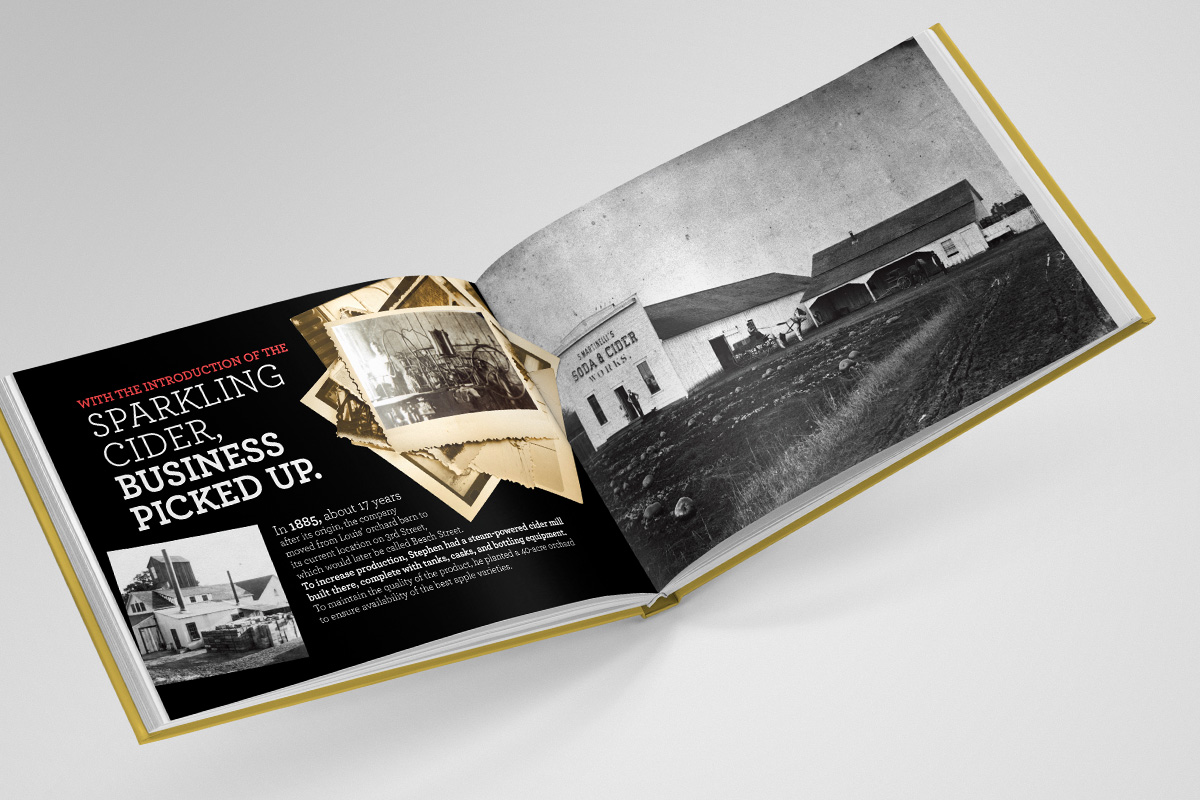 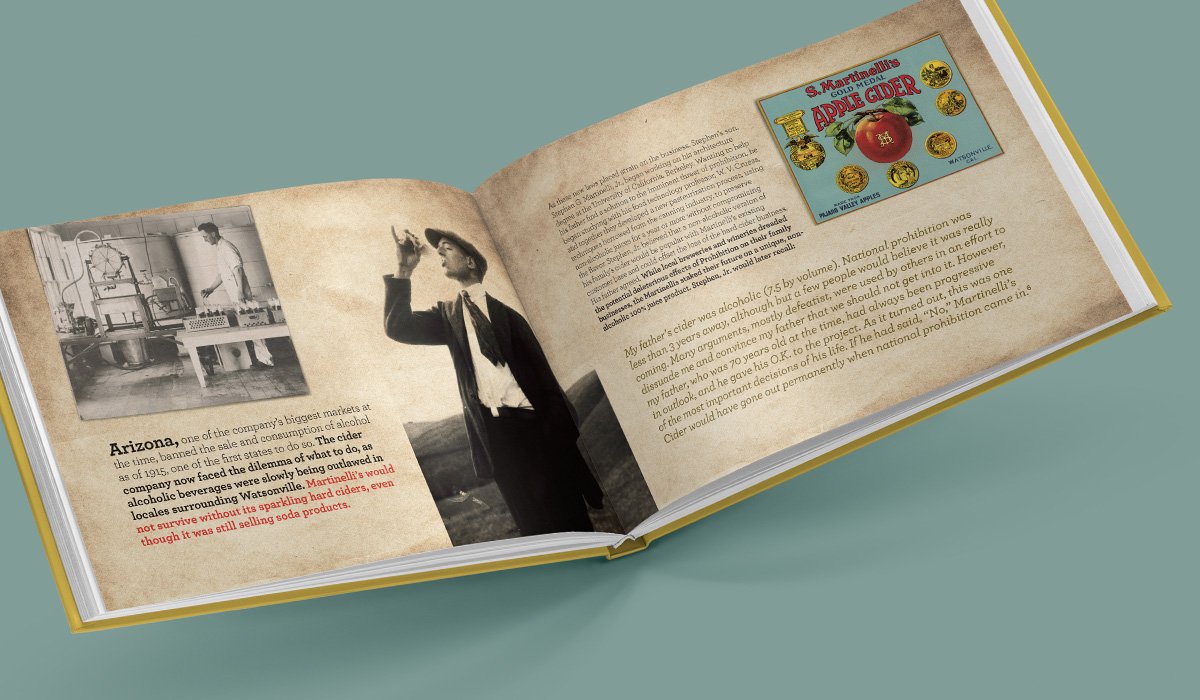 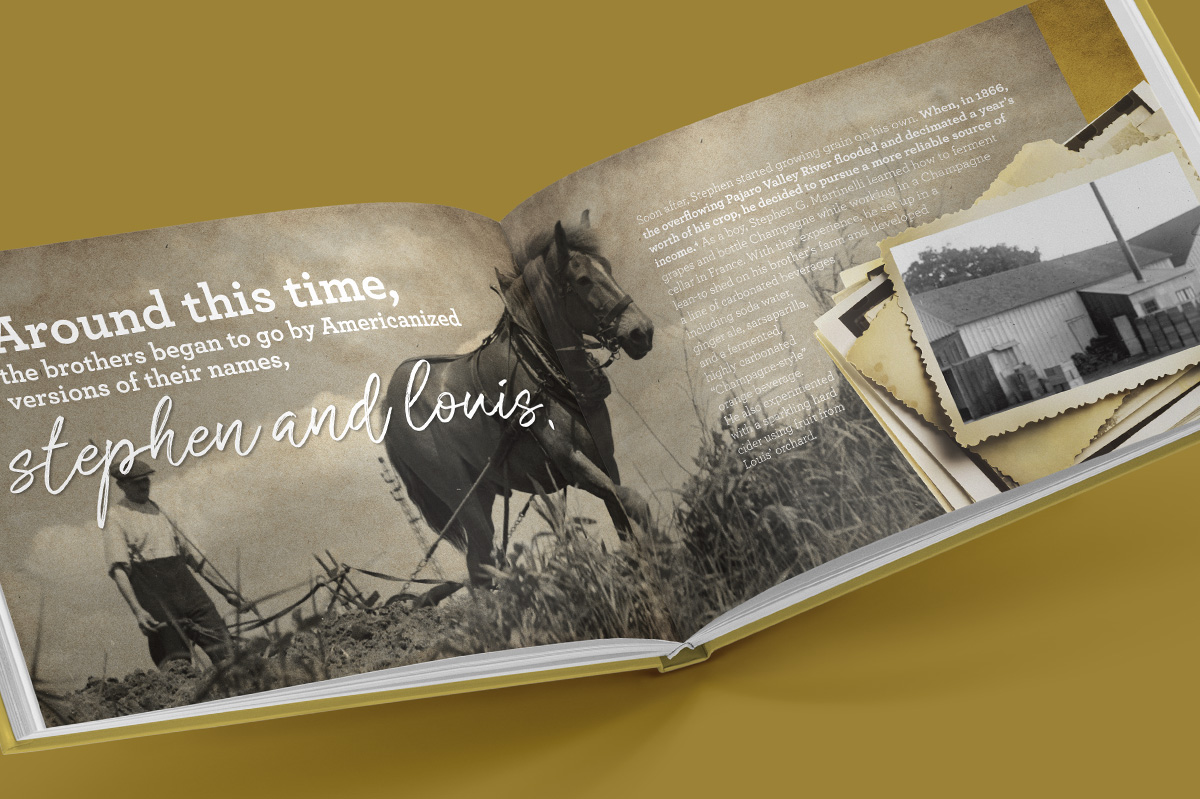 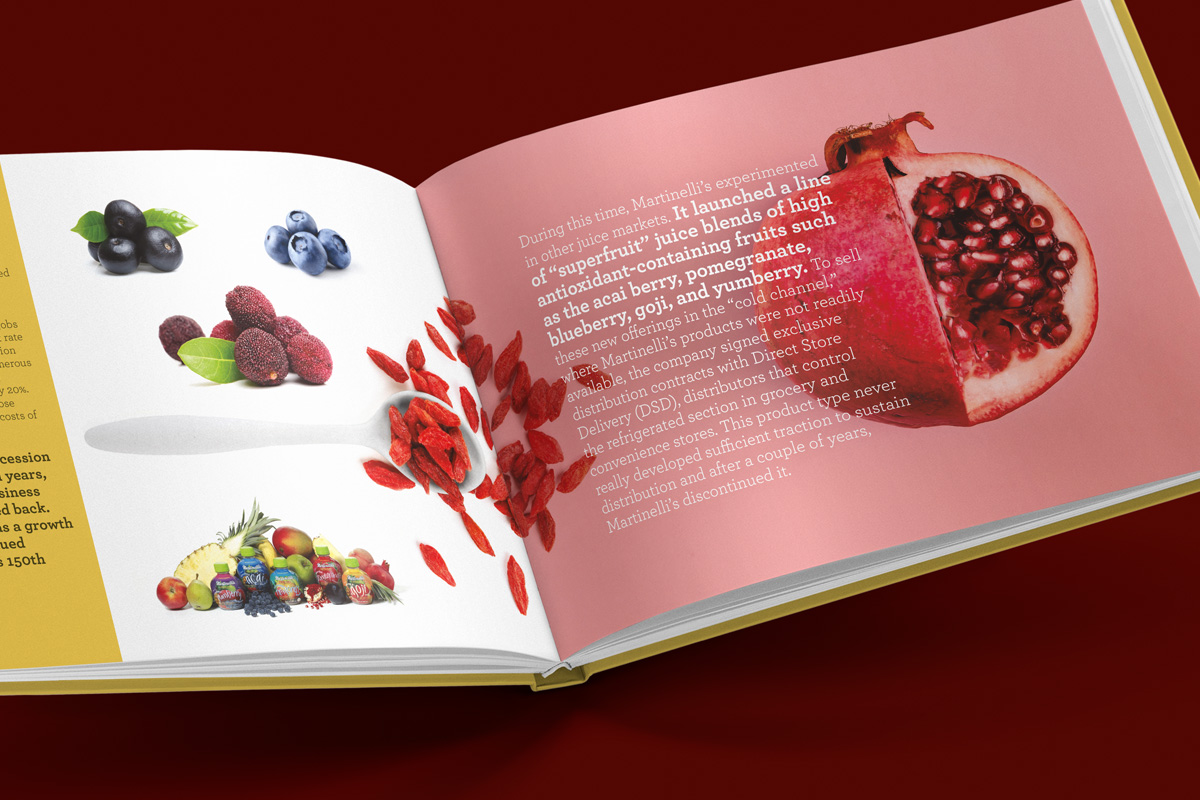 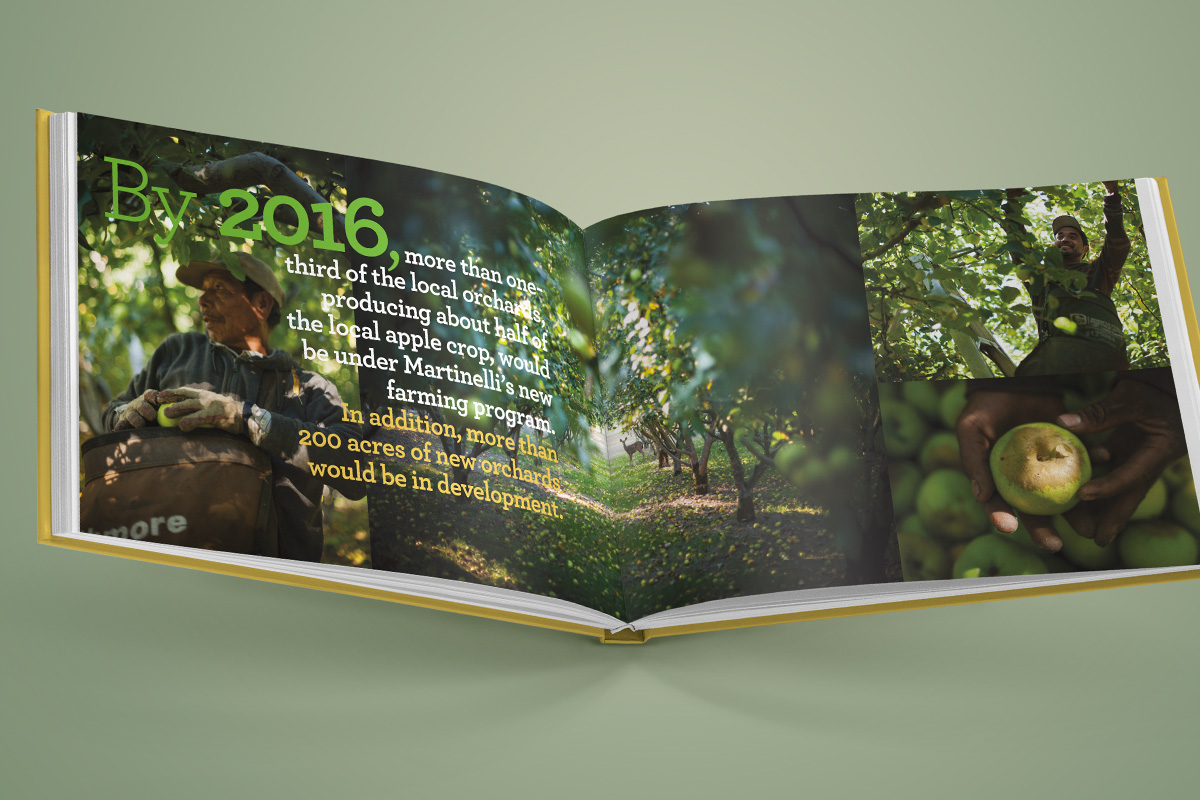 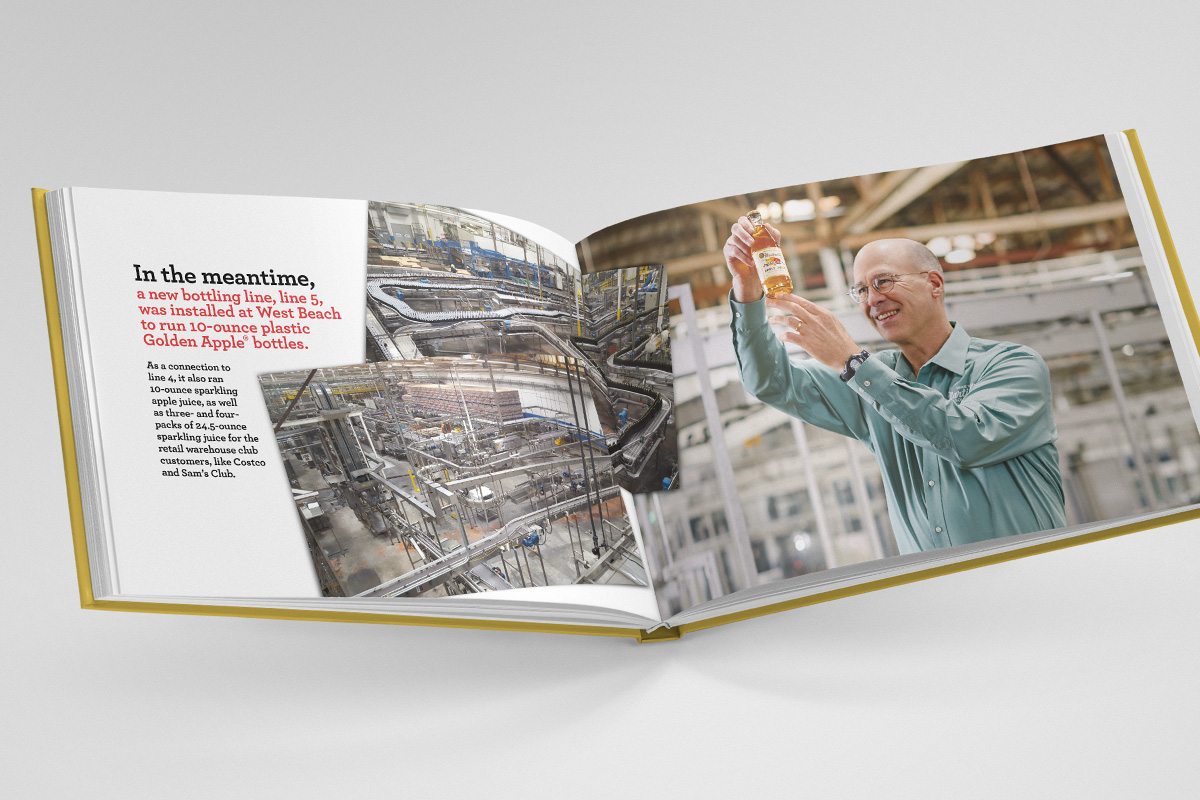